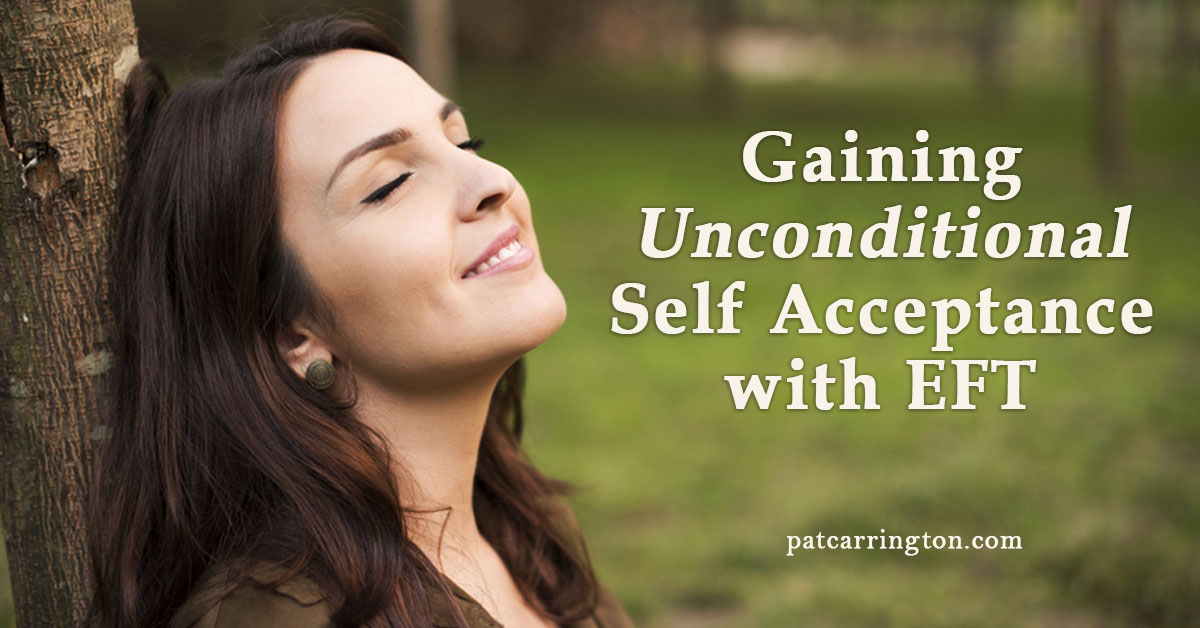 Certainly, self esteem can be a major issue in many problems. It is often so central that the default self acceptance phrase used in the Emotional Freedom Technique (EFT) (“I deeply and completely accept myself”) or its equivalents, do great service in helping people overcome this core issue. Typically I would use a “Choices” affirmation in place of this phrase for many issues (See the Choices Manual). However, I almost invariably use the standard self acceptance phrase where issues of self esteem, self blame, guilt etc. are clearly at stake. Because of the value of this phrase and of the concept behind it, I would like to offer a few suggestions on ways that it can, when necessary, perhaps be even more valuable.

There are certain drawbacks to the traditional EFT self acceptance phrase. If it doesn’t seem to “fit” the issue at hand, for example, some people new to the method may be reluctant to try it, or feel foolish when doing so, and therefore derive less benefit from the EFT process. Also, a number of experienced EFT’ers have reported that some of the effect goes out of the phrase for them when they’ve used it many hundreds of times over weeks, months or even years — it can become automatic and so unattended to. While the influence of the specific acupoints that are being tapped remains as strong as ever, the effect of the acceptance phrase itself wears thin for some people. One of the reasons why the default self acceptance phrase may go flat, if it does – and remember that it may retain its vitality for many people – is that a number of users simply don’t have a clear concept of what is meant by “self acceptance.”

What we seek to achieve by using the default self acceptance phrase is a kind of unconditional self-acceptance in order to view one’s problems without self-judgement, at all. This is an attitude which is extremely rare in our society and because of this I began adding the following two-word phrase to the end of the default self acceptance phrase. It can be very meaningful to many people, particularly to experienced EFT’ers who may be tired out by the repetition of the same words over and over. The short phrase is “without judgment,”so the setup phrase is, “I deeply and completely accept myself, without judgment.”

For many people, to imagine accepting oneself without judgment is a novel idea, so this sentence can have an immediate and profound effect  — it drives home the idea of unconditional self-acceptance. It can be particularly useful when severe self-blame or self-put-downs are present–or when someone dislikes their self intensely–or figuratively kicks themselves around the block for something they have done or think they have done. The added  phrase, “without judgment,” can be extremely beneficial in such cases. I urge you to try it if EFT is either going very slowly or in situations when there is a lifetime of self-dislike and contempt to deal with.

Other times, of course, those additional words are simply not necessary and the self acceptance phrase is excellent in its original form. One is advised to leave well enough alone and simply move swiftly through EFT if the default self acceptance phrase is taking hold without these additional words. In other words, if it’s working, leave things as they are!

Another way of increasing the effectiveness of the default self acceptance phrase is to use it in a protocol similar to the Choices Trio one (see Chapter 3 of the Choice Manual). Clearly the name ‘Choices Trio’ is not appropriate in this case for there are no Choices involved, so when using this format with the self acceptance phrase you can simply refer to it as the ‘Trio’. Here’s how it works.

Do one round of EFT using the negative reminder phrase only (the words that follow “even though” in the set-up phrase), or do two rounds of this negative phrase in succession if the emotion is very strong, to take the edge off the distress (the standard EFT procedure). Then do ONE COMPLETE ROUND using the self acceptance phrase only (“I deeply and completely accept myself”), repeating it at each tapping point. Doing this can install the positive suggestion for ones self-regard in a very solid way. After that, do one more round and ALTERNATE the negative and positive phrases doing the tapping round (see description of the Alternate Phrase technique in Chapter 3 of Choices Manual).

Example: This EFT Tactic in Practice

“Dena,” a former client of mine, made an appointment with me, due to considerable distress. She was an excellent grade school teacher, creative, compassionate, and innovative, but always dreaded evaluations when the school authorities observed her behavior in the classroom. After much EFT work on this issue, she did when she knew that a supervisor was coming to evaluate on a certain date, but if it was a surprise visit it would still throw her. After one particular evaluation, she received some criticism from the school’s principal in response to a surprise visit and she was emotionally crushed by it. It triggered off a self-recriminatory response in her which was an all too familiar pattern.

Dena was a highly experienced EFT’er who worked with the technique frequently at home, but after the reprimand she was so down on herself and discouraged that she urgently needed a session. We handled this problem using the two new strategies for the self acceptance phrase outlined above.

It was easy to formulate the negative portion of her setup phrase — “Even though I am run down and goofed up” is a phrase she really liked because it described her confusion and feeling of ineptness at the moment. When we began formulating the positive part of her set-up phrase it seemed obvious to both of us that what was needed here was not a Choice, which she often uses, but the default self acceptance phrase, because she was blaming herself profoundly and ruthlessly for what was actually a mild transgression. We decided to use, “I deeply and completely accept myself” with the addition of the words “without judgment” at the end. She immediately liked this sentence, and we proceeded.

She was at a 10 (on a zero to 10 distress scale) to start with and had been feeling extremely down on herself. But after one set of the Trio she felt much lighter. She then did another Trio using exactly the same wording, and when she had finished this one she said, “I feel totally different about this evaluation.” And she looked totally different. There was lightness in her demeanor that had not been there before. She also had a virus infection to deal with that was depleting her physically, but her mental self-battering had ended.

I gave Dena a Choices Card to take home with her, but in this case it had no “Choice” on it, only the statement “Even though I’m run down and goofed up, I deeply and completely accept myself without judgment.” As usual, her instructions were to read it aloud to herself before she went to bed each night and again when she woke up each morning, and the rest of the time to just “forget about it.” It worked excellently. Dena was relieved of this issue and one more step was taken in increasing her already mounting self esteem.

These are just a few of the ways you can use the default self acceptance phrase in a flexible fashion that can often bring new life and strength to the time-honored phrase. You may decide to use these variations or invent some others for yourself, but the default self acceptance phrase plays a key role in combating low self esteem and the more we can help it along the way, the better! 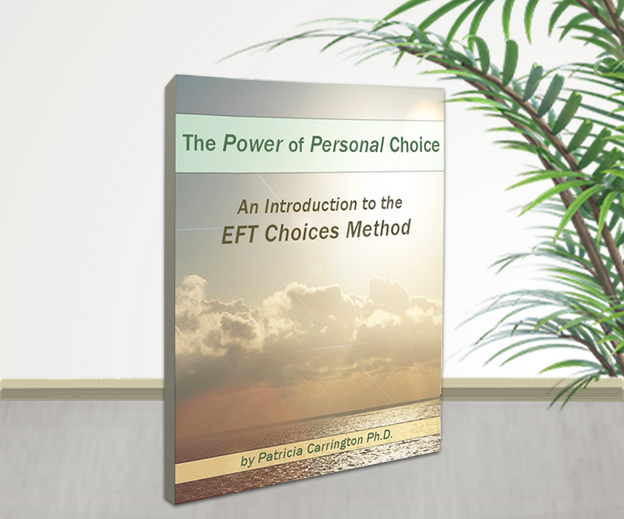 If you are new to using the Emotional Freedom Technique (Commonly known as EFT, EFT Tapping, or Meridian Tapping), this important instruction takes the traditional EFT process to a higher level that helps you integrate your personal choices into the EFT process to accelerate emotional and physical healing on a much deeper level. 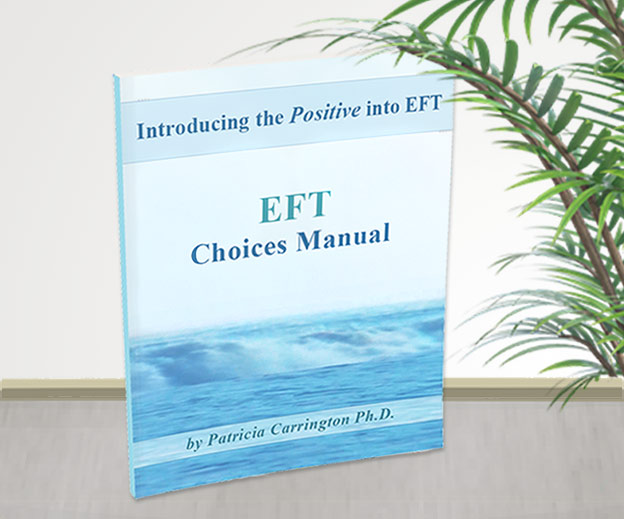 The widely acclaimed EFT Choices Training Manual teaches you the highly accepted Choices Method to create breakthroughs in your life (or that of others) that were previously impossible using only basic EFT. The Choices Method introduces POSITIVE thoughts, ideas, and concepts into EFT that you would not find there before…..and by doing so opens up a host of new possibilities for your life.