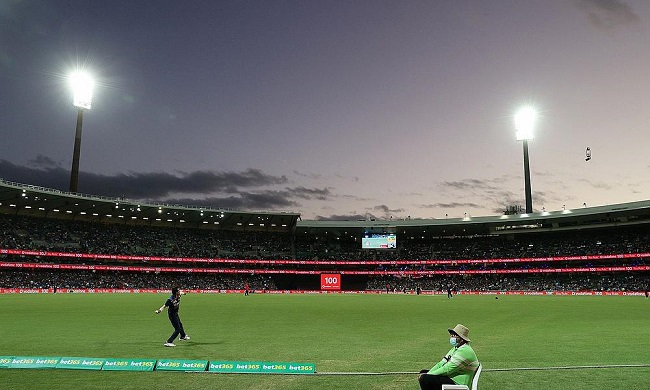 Cricket Australia has confirmed that the Vodafone Pink Test between Australia and India will remain at the Sydney Cricket Ground as planned.

The decision to keep the New Year’s test in its traditional location came after several days of meetings that examined the impacts of the recent COVID-19 outbreak on Sydney’s northern beaches.

“Despite the many challenges presented by the COVID-19 pandemic, I am delighted to say that Cricket Australia remains on track to deliver the men’s international series as planned,” Hockley said.

“We have met regularly over the past week to assess the evolving public health situation in Sydney and its impact on border restrictions across the country. To date, we have been able to provide you with a safe and successful summer thanks to our detailed biosecurity protocols and the incredible work of so many great people behind the scenes.

“To that end, we’ve made the decision to keep the New Years Test at SCG, which has a wonderful recent history of hosting the Pink Test and Jane McGrath Day on day three of play.

“We have no doubts that this game and the fourth test in Brisbane will be a safe and successful way to complete what has been a magnificent international men’s program this summer.

“We are very grateful to the governments of New South Wales and Queensland for their willingness to work with us to deliver the series as planned in a way that places the safety and well-being of players, officials, the staff and the wider community. priority.

“In response to the public health situation in New South Wales and the demands of the Queensland government, CA will be implementing appropriate biosecurity measures and we thank all players, staff and broadcasters for their cooperation in playing the game. safe matches.

“We especially thank BCCI for their continued support of the initial schedule as our respective teams compete in the most exciting series.

“It should not be forgotten that the NSW government and Sydney Cricket Ground provided exceptional support to bring the Indian team safely to the country and organize the brilliant Dettol ODI and T20I series to start the season. international male.

“I also want to thank the Victorian Government and the Melbourne Cricket Club for hosting a wonderful Boxing Day test, not to mention their support over the past few days in providing a solid contingency plan for the third test, as we wrap up. our due diligence.

“This summer has been a great teamwork and I want to thank our state and district associations, the Australian Cricketers’ Association, our broadcast partners and our business partners for their continued support. I would also like to thank our staff for their professionalism, dedication, resilience, adaptability and hard work as they continue to provide an exceptional summer of cricket despite unprecedented challenges, ”he said. declared.

Glenn McGrath, Co-Founder and Chairman of The McGrath Foundation, said:

“In the coming days, we’ll be announcing our exciting new digital initiative for this year’s Pink Test, which will get people involved whether they’re in the stadium or watching from home.

“The Vodafone Pink Test is one of our main fundraising events of the year, so we hope Australians will help keep the ‘pink’ in the Pink Test and show their support by visiting pinktest.com.au to find out how they can be involved. “

“The New Year’s test is our most important event of the year and the one that awaits the most from our loyal fans and members. It’s just a reward for their tremendous sacrifices this year.

“SCG will work closely with the NSW Government and Cricket Australia to maintain its impeccable record in protecting the safety of players, staff, fans and members.”