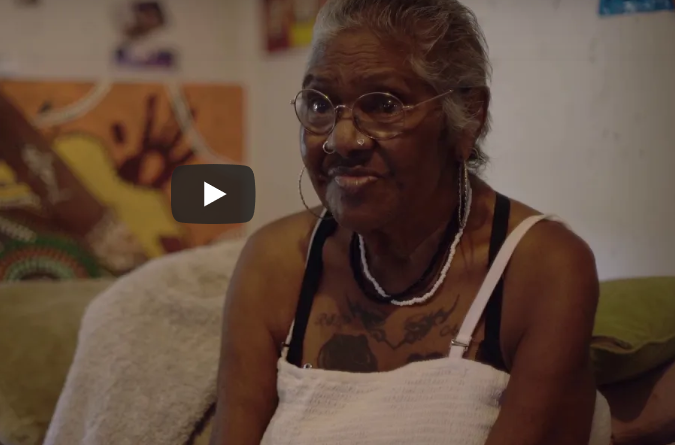 February 13 each year marks the anniversary of the National Apology to the Stolen Generations, who suffered trauma because of past government policies of forced child removal.

Many of these removals occurred as the result of laws and policies aimed at assimilating the Aboriginal and Torres Strait Islander population into the predominately white community.

Stolen Generations survivors are some of Australia’s most vulnerable people and many have kept their stories and experiences secret for many years, even decades.

One such story comes from Stolen Generations survivor Aunty Julie Black, a 64-year-old Barkindji woman, who was taken from her mother shortly after birth.

Aunty Julie’s story is heart breaking and courageous and reminds us that behind the Stolen Generations policies there were people, and children, who are still alive and in need of support.

The Healing Foundation CEO Fiona Petersen said it is important to commemorate this significant moment in national healing, acknowledging the wrongs of the past, while reflecting on the work that still needs to be done to address the impacts of unresolved trauma.

“It’s important that we as a nation provide a safe environment for Stolen Generations survivors and their families to speak for themselves, tell their own stories and be in charge of their own healing,” Ms Petersen said.

“We hear stories of survival from Stolen Generations people who want to be heard and want the Australian public to know what happened to them.

“Assimilation policies that led to the Stolen Generations continued right up until the 1970s and many of those affected by the trauma are still alive today.

“Stolen children lost connection to family, land, culture and language and were taken to homes and institutions where they were often abused, neglected and unloved.  The mothers, fathers, families, and communities who were left behind also suffered from the loss.

“The Bringing Them Home report found that forced removal has had life-long and profoundly destructive consequences for those taken.

“The first step in healing trauma is often the acknowledgment of truth and the delivery of an apology.

“The release of the Bringing Them Home report was followed by a wave of apologies to the Stolen Generations by state parliaments, judges, churches, civic associations, trade unions and other groups.

“Many Stolen Generations survivors felt that their pain and suffering was acknowledged, and that the nation understood the need to right the wrongs of the past.

“In this way, the Apology lays the groundwork for us to work more effectively towards achieving better outcomes for Aboriginal and Torres Strait Islander peoples.

“Commemorating the Apology Anniversary reminds us of the healing that needs to take place every day.

“The anniversary is a chance to remind governments of their commitments in areas such as aged care and health, so that they can continue to walk alongside communities to build community-led solutions that best meet the needs that remain for Stolen Generations survivors and their families.”

The word “sorry” in Aboriginal and Torres Strait Islander languages and cultures holds special meaning, often used to describe the rituals surrounding death (Sorry Business). Sorry, in this context, expresses empathy, sympathy and an acknowledgment of loss rather than responsibility.

Formal apologies, such as the one delivered by Prime Minister Scott Morrison to the victims of child sexual abuse, are an important step towards building a respectful new relationship between Indigenous and non-Indigenous Australians.

“We commemorate the apology to keep the spirit of its words and their meaning alive.

The commemoration is a very real part of the healing journey. One that encourages us to keep looking for new ways to work together for genuine change in the lives of our survivors and their descendants,” Ms Petersen said.

“Healing and trauma are now very much part of the national conversation. Australians are waking up to the knowledge that Stolen Generations survivors need all of us to right the wrongs of the past.

“Through the stories of Stolen Generations survivors there is now a willingness for Australians to join in on the healing journey. To be part of solutions into the future. This is the spirit of the anniversary.”

On 26 May 1997 the landmark Bringing Them Home report was tabled in Federal Parliament. The report was the result of a national inquiry that investigated the forced removal of Indigenous children from their families.

This marked a pivotal moment in the healing journey of many Stolen Generations survivors. It was the first time their stories—stories of being taken from their families—were acknowledged in such a way. It was also the first time it was formally reported that what governments did to these children was inhumane and the impact has been lifelong.

The Bringing Them Home report found that as many as 3 in 10 children were forcibly removed in the years between 1910 and 1970, although we know that removal practices began as early as the mid-1800s.

The Western Australian and Queensland Governments have confirmed that during that period, all Aboriginal and Torres Strait Islander families in their States were affected by the forced removal of children.

Most Aboriginal and Torres Strait Islander people have been affected by the Stolen Generations. The resulting trauma has been passed down to children and grandchildren, contributing to many of the issues faced in Indigenous communities, including family violence, substance abuse and self-harm.

More than two decades on and the majority of the Bringing Them Home recommendations have not yet been implemented. For many Stolen Generations survivors this has created additional trauma and distress. Failure to act has caused a ripple effect to current generations. We are now seeing an increase in Aboriginal and Torres Strait Islander people in jails, suicide is on the rise and more children are being removed.

Addressing the underlying trauma of these issues through healing is the only way to create meaningful and lasting change.

The Apology, delivered in 2008 by then Prime Minister Kevin Rudd, was an acknowledgment of past wrongs, which are still being felt by Aboriginal and Torres Strait Islander communities today through intergenerational trauma passed down the generations.

The journey of The Healing Foundation began when the Bringing them Home report was tabled in Federal Parliament. Among its many recommendations was that healing should be included in wellbeing services provided to Stolen Generations survivors

Following the Apology, funding was provided to establish a healing foundation to address the history of child removal as part of deliberate assimilation policies adopted by all Australian governments and associated abuse.

In 2009, a national consultation with Aboriginal and Torres Strait Islander people was held on the role and structure of a healing foundation.

It is important to understand that the term Stolen Generations refers to those children who were removed on the basis of their race and that proof of neglect was often not required.

The predominant aim of the forced removal of Aboriginal and Torres Strait Islander children from their families was to absorb or assimilate children with mixed ancestry into the non-Indigenous community.

Evidence shows that the overwhelming impact of the forced removal policy was damaging and that most children were removed for the reason of assimilation.  While some Aboriginal and Torres Strait Islander children were removed from their families on genuine welfare grounds, this was not the experience of the majority.

Of those who went to foster homes, almost a quarter of witnesses to the Bringing them Home Inquiry reported being physically abused and 1 in 5 reported sexual abuse. Of those sent to institutions, 1 in 6 children reported physical abuse and 1 in 10 reported sexual abuse.  Many others reported deprivation, neglect and suffering from the loss of their family and culture.

To raise awareness about Stolen Generations, The Healing Foundation is sharing this animation about the impacts of intergenerational trauma: youtube.com/watch?v=vlqx8EYvRbQ&t

The Healing Foundation is a national Aboriginal and Torres Strait Islander organisation that partners with communities to heal trauma caused by the widespread and deliberate disruption of populations, cultures, and languages over 230 years. This includes specific actions like the forced removal of children from their families.