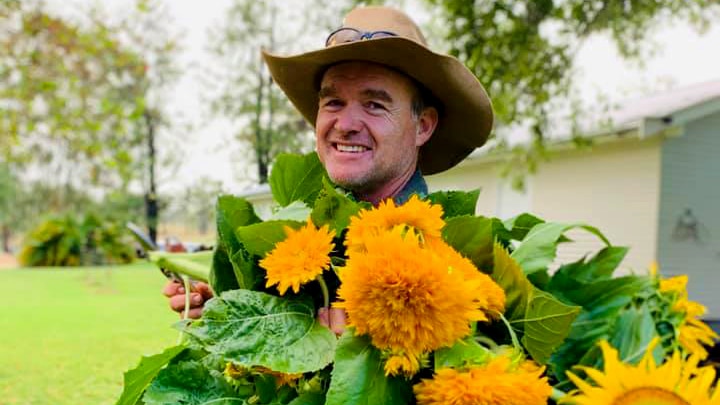 With just enough water to keep the sunflowers alive in the garden, the Burnham family were forced to halve the number of cattle on their property west of Monto.

But after a dry summer with much below average precipitation, there is finally reason to smile.

As the Burnhams sent a final load of steers to the feedlot, 40 millimeters of rain fell on their property north of Burnett.

“It was the best rain we have had for the season and better late than never,” said Grant Burnham.

“It’s been two years with less than half of our average precipitation, so it doesn’t sound too flashy.”

With his property transformed, Mr Burnham is now hoping the winter frosts will continue and some more rain will fall in the meantime.

“My wise father always told me there was no bad rain,” he said.

Showers this week have been patchy across the Broad Bay, but some have been heavy enough to damage farm fences and close local roads.

The rain also spurred a bumper crop of flowers in Bundaberg just in time for Mother’s Day in May.

In a 40-year tradition, the Endeavor Foundation is preparing to collect and process 7,000 bouquets of chrysanthemums.

“We have several colors and about 20 different varieties to suit every mom,” said production manager Mark Elliot.

But the staff can’t do the job without volunteers to help pick, pack and sell the colorful floral flowers.

“We are very grateful for the time you can donate.”