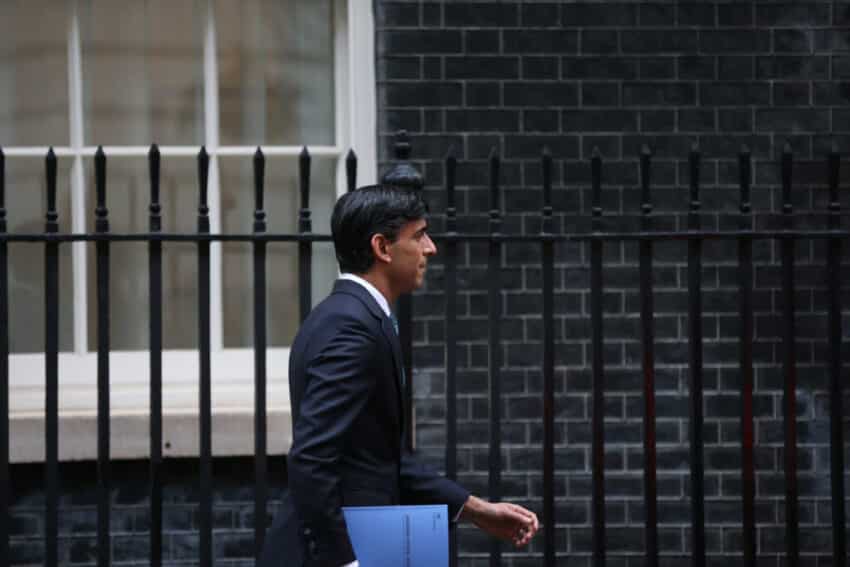 The Chancellor has warned bosses that staff could resign if they are not allowed to work from the office as the UK emerges from lockdown.

Rishi Sunak told the Telegraph that employees would “vote with their feet” and might consider leaving for a rival if they were forced to work from home full time.

A number of companies have announced plans to close offices, raising fears for city centers.

But now the Chancellor has urged businesses not to abandon the office entirely.

Mr. Sunak told the newspaper that working from home is no substitute for an office environment where “people argue”.

“You can’t beat the spontaneity, the team spirit, the culture that you create in a business or an organization from people spending physical time together,” he said.

The Chancellor argued that an office environment was especially important for young workers who were looking to understand how a business works.

He said it was “important that we try to get back to a good level of that”.

Although he did recognize that hybrid work, using tools like Zoom to communicate, could work for some businesses.

His comments echo the concern of businesses that depend on bustling cities that workers are spending more time at home.

More than 17,500 chain stores and other places closed in the UK last year, but there are fears that the true impact of the pandemic on high streets is yet to be felt.

On Thursday, the Nationwide construction company revealed plans to allow 13,000 of its employees to “work anywhere” by closing three of its offices in Swindon, while Santander announced plans to reduce the amount of office space leased to London and move its headquarters from the capital to Milton Keynes.

Santander will close several of its offices across the country and require staff to work from home more often or to visit one of its remaining offices.

The bank also announced that it will close 111 of its branches in another blow to the High Street.