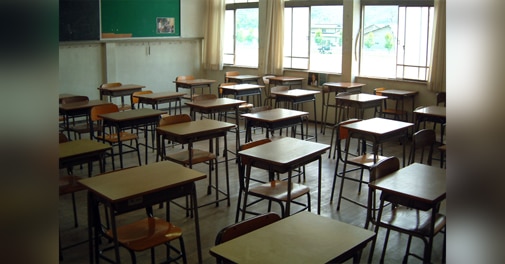 As India experiences a second wave of COVID-19 cases, only 25% of parents who took part in a nationwide survey are ready to send their wards to school in April.

The results of the survey, conducted by community social media platform LocalCircles, are very different from a similar survey conducted by the same platform in early February. The results of the previous survey suggested that 67% of respondents (parents) were in favor of reopening schools, as daily COVID cases in India had reached an all-time low of around 10,000 cases per day at that time. .

Meanwhile, 58 percent of parents who participated in the current survey said “no” to offline classes. While 10 percent of parents said that “schools for my children or grandchildren are closed in April for summer vacation,” 7 percent could not form a definitive opinion. The survey poll received 9,687 responses.

LocalCircles submitted a letter to Anita Karwal, Secretary, Education, and Rajesh Bhushan, Secretary, Health and Family Welfare, as the collective parental pulse at the opening of schools in April in light of the second wave of COVID-19 in India. Copies of the letter were sent to Amit Shah, Minister of Interior, Ramesh Pokhriyal Nishank, Minister of Education, Dr Harsh Vardhan, Minister of Health and Family, Rajiv Gauba, Cabinet Secretary, Ajay Kumar Bhalla, Secretary, Home Affairs and Chief Secretaries of All States and UT. Sachin Taparia, CEO of LocalCircles, said the survey results will serve as collective feedback to parents that the government will need to take into account when deciding on the approach of the school’s reopening for April. June 2021.