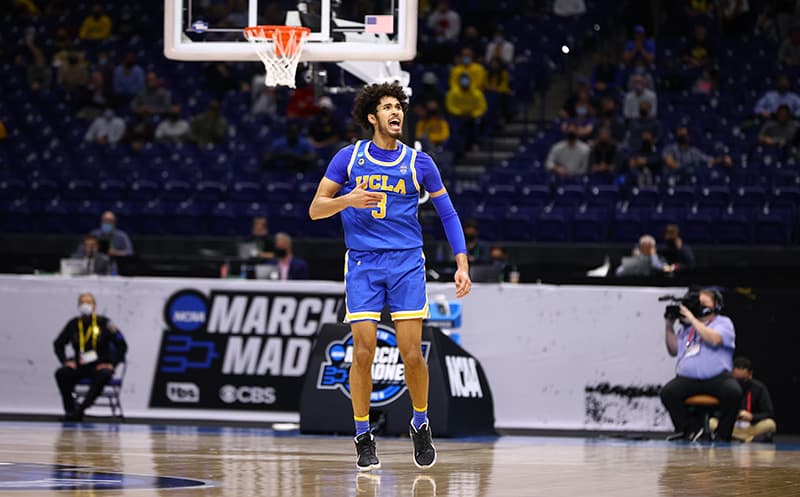 UCLA is heading to the Final Four for the first time since 2008 – and this time they accomplished the feat after surviving a First Four game. The Bruins join VCU (2011) as the only first four entrants to advance until last weekend. Their road will not be easier, however, as they face the next undefeated Gonzaga on Saturday. Mark Few’s side passed USC on Tuesday and are just two wins away from reaching the perfect first season since the 1975-1976 Indiana national championship campaign.

Michigan missed an open three-point attempt in under 1 with 12 seconds left. After a free throw from Johnny Juzang extended UCLA’s lead to 51-49 with 6 seconds left, the Wolverines missed two more shots from behind the arc, and the Bruins held on to advance to the Final. Oven.

Highlight: Johnny Juzang hits a float to put @UCLAMBB up to 50-47 more @umichbball with 1:05 left in the game. The Bruins would hang on to win and go “from top four to bottom four.”

The seeded Gonzaga completely dominated the first half, putting USC in his rearview mirror with a 49-30 lead in the locker room. The second half was a bit sloppy at times, but the Zags made enough buckets when they needed them to never let the Trojans have a big run. At 30-0, the West Coast Conference champions are just two victories away from perfection and their first national title.

Highlight: Drew Timme with a steal and finger roll to give @ZagMBB a 17-4 lead at the start @USC_Hoops.

Timme already has 15 pts and 3 steals, while Jalen Suggs has 13 pts, 5 assists and 6 rebounds for the Bulldogs.

The Mobley brothers combined for 19 pts in the first half for the Trojans. https://t.co/1JUvWaB1Hj pic.twitter.com/sS0enx80bv

Highlight: Jalen Suggs pierces a three with just under a minute to go, extending the @ZagMBB ahead of @USC_Hoops at 83-64 and allowing Mark Few to clear the bench.