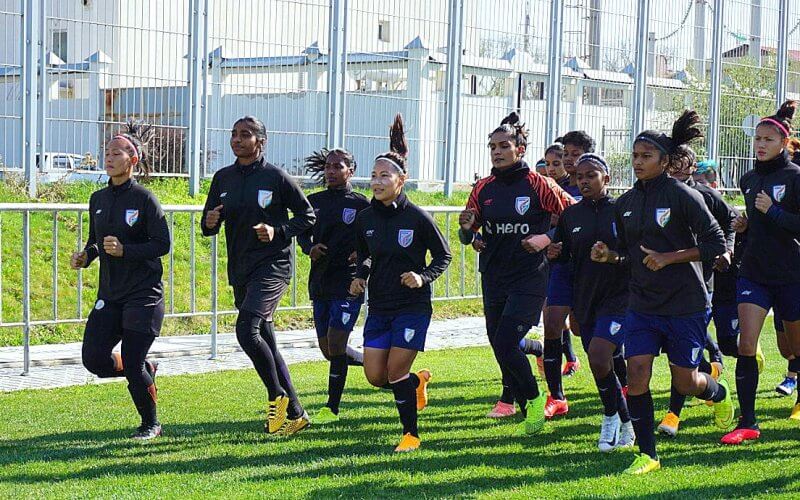 NEW DELHI: The Indian women’s football team is currently working hard as they train in Uzbekistan for their upcoming friendlies against the host country and Belarus on April 5 and 8 respectively.

Ahead of the 2022 AFC Women’s Asian Cup to be held in India, head coach Maymol Rocky has been busy implementing his plan to integrate promising young talent with experienced chefs in the world. team. And, two players who perfectly embody that plan – midfielder Sangita Basfore, who has captained the said in all three friendlies in Turkey, and young Martina Thokchom, who was brought into the team’s senior squad. female U-17.

“I miss my U-17 teammates a lot, but here everyone is older for me, so I can learn from their experience,” said the youngster from Manipur.

With the exuberance of youth, Martina says she looks forward to a “difficult” meeting against a higher ranked opponent, “Uzbekistan is a higher ranked country (41 in the latest FIFA ranking) and we will play in the AFC Women’s Asian Cup next year, so this friendly game is very important. This game is going to be very difficult for us. We can use this as a good preparation. “

Meanwhile, Sangita, now a seasoned player on the squad is grateful for these opportunities in the midst of a pandemic, “At first we had problems because in the lockdown we trained individually and when we got together, it was hard to understand each other, but slowly we bonded as a team and developed a sense of oneness. I must thank the authorities for giving us these training opportunities even in these times. “

“Then we went to Turkey for an exhibition tour where we had the chance to play against three top ranked teams. This has helped to strengthen our unity even further. This has benefited our team a lot and it should appear in this match against Uzbekistan, ”Sangita added.

The midfielder has been named captain for all three friendlies in Turkey against quality opposition like Serbia, Russia and Ukraine and this is a role she hopes to fulfill even without the armband in the future: “I was a junior when I entered the national team. I used to watch and follow everything the senior players did and didn’t do, learning from them what to do both on and off the pitch. Then slowly I evolved into a senior player and even got the captain position in Turkey.

“It was a really good experience, I wasn’t expecting it but Maymol Ma’am gave it to me (the harbor master’s office) and trusted me for the opportunity, so I would also like to thank her for that. She gave me the responsibility of leading the team and in Turkey I fulfilled this role. I will also postpone it in the future. It is not always important to have the captain’s armband. I will try to motivate the young players and guide them. Now Indu di (Indumathi Kathiresan) is the captain so whatever experience I have gained I look forward to working with her, ”she said.

The West Bengal midfielder general also praised the group of young people coming into the senior squad: “I feel good because young players are coming into the squad. It is easy for us to develop an understanding with them. And they’re technically well equipped on the pitch because they’ve played so many show matches. The team seems more dynamic and energetic with them.