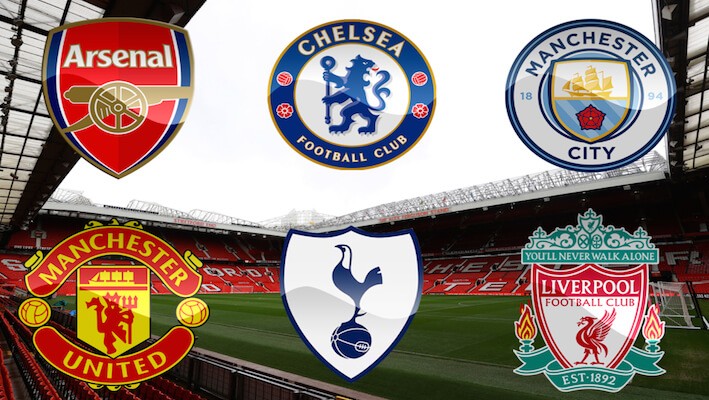 The Sunday soccer fraternity was rocked by the biggest announcement in decades.

Twelve of Europe’s biggest clubs have announced their intention to break away from the established order of football and form a new competition, European Super League. Development has the potential to change the landscape of European football.

The European Super League would offer permanent places to some of the biggest clubs in the world and play midweek matches, while allowing the clubs involved to remain in their domestic competitions.

Four clubs are preparing to withdraw from the European Super League, according to reports, less than two days after the controversial breakaway plan was announced.

Chelsea, Manchester City, Barcelona and Atletico Madrid are now expected to gain support from the Super League, which has received huge criticism from supporters, football authorities and national governments.

Chelsea were the first confirmed team to step down on Tuesday night, quickly followed by Manchester City. The two teams are still competing in this season’s Champions League, although they have been threatened with expulsion.

The news came as Blues fans gathered outside Stamford Bridge ahead of tonight’s game with Brighton to protest the decision.

Reports followed from Spain that Barcelona and Atletico Madrid are also withdrawing.

Departures would only leave eight of Sunday night’s 12 founding clubs on board and the idea’s future in deep doubt.

As of yet, there are no reports that Liverpool, Manchester United, Tottenham, Real Madrid, Juventus, AC Milan or Inter Milan are set to leave.

The European Super League has come under fire since its announcement on Sunday. FIFA, UEFA and the domestic leagues opposed the move and threatened to ban clubs and players from their competitions if they took part in the new European SuperLeague.

FIFA President Gianni Infantino has warned the 12 breakaway clubs that they cannot be “half in, half out”.

“We will examine all the measures at our disposal, at all levels, both judicial and athletic, to prevent this from happening. Football is based on open competition and sporting merit; it cannot be otherwise, said UEFA.

“Affected clubs will be banned from playing in any other competition at national, European or world level, and their players may be denied the opportunity to represent their national teams.”

“Players who play in the closed league will be banned from playing in the World Cup and in Europe. They will not be allowed to play for their national teams. “

The implication of these statements could see Real Madrid, Chelsea and Man City kicked out of this season’s Champions League competition.

Around 1,000 fans gathered outside Chelsea’s pitch at Stamford Bridge on Tuesday ahead of their game against Brighton on Tuesday to protest their involvement. Chelsea and City were among the ‘big six’ clubs in English football – alongside Arsenal, Liverpool, ManchesterUnited and Tottenham – for agreeing to join the new league.

The money that sins the Super League will see clubs share an initial £ 3.1bn infrastructure grant ranging from £ 310m to £ 89m per club, which can be spent on stadiums, venues and facilities. ‘training or “to replace stadium-related lost income due to Covid-19”.

TV and sponsorship revenues are expected to increase: 32.5% of the pot would be split equally among participating clubs and an additional 32.5% among all Super League clubs, including the five qualifiers.