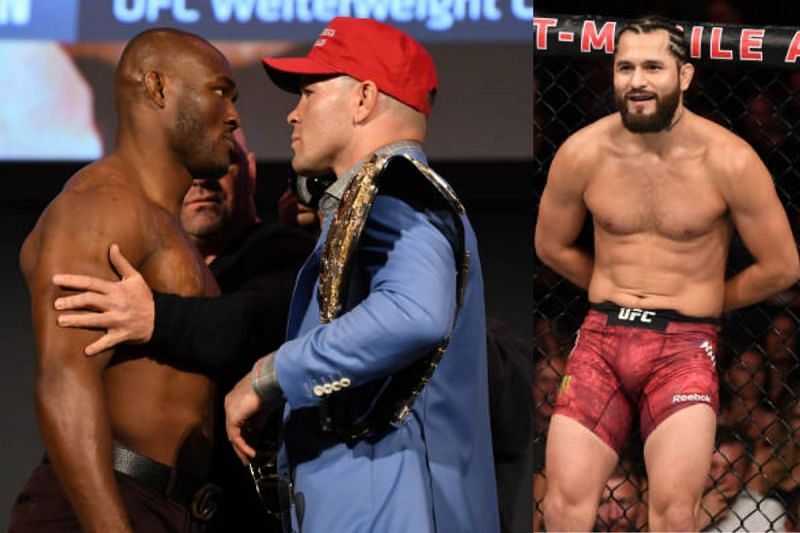 Colby Covington is looking forward to facing rematch winner Kamaru Usman against Jorge Masvidal at UFC 261. The 33-year-old welterweight said he would ‘love to look the winner in the eye’ after his main rivals have finished their very publicized UFC 261 Main Event Fight.

Covington will be seated at the edge of the cage in the VyStar Veterans Memorial Arena, which will host a trio of championship fights. In a recent interview with Addicted to MMA, Covington has said he plans to engage in a showdown with the fighter coming out on top in the UFC UFC 261 event if Dana White allows it.

“I hope Dana (White) puts this together. I would love to go look the winner in the eye and let them know I’m next. Then the fans can see how cowardly they are when they hide and they go looking for a way out or a “retreat” or “oh I’m getting away from the sport.” I hope I can look them in the eye tomorrow night, but I don’t know if there will be enough. men in the building to hold me back from what I’m going to do to the winner tomorrow night, “Covington said.

Colby Covington has come to blows with current welterweight champion Usman, but he never shared the octagon with his former teammate, Jorge masvidal.

Covington and Usman headlining UFC 245 in December 2019, where “ The Nigerian Nightmare ” defeated “ Chaos ” in the last round of the fight.

In the same interview, Colby Covington expressed his desire to fight Kamaru Usman in a rematch. The No.1 welterweight contender believes he was ahead of Usman in the scorecards when they locked the horns at UFC 245. However, if the two were to fight again, Usman would rather avoid the rematch calling time on his career, according to Colby Covington.

“This is the fight the fans deserve (Covington vs Usman 2). But honestly he’s already talking about retiring so I don’t see this fight happening. He’s probably going to retire and not fight me.” , Covington said.