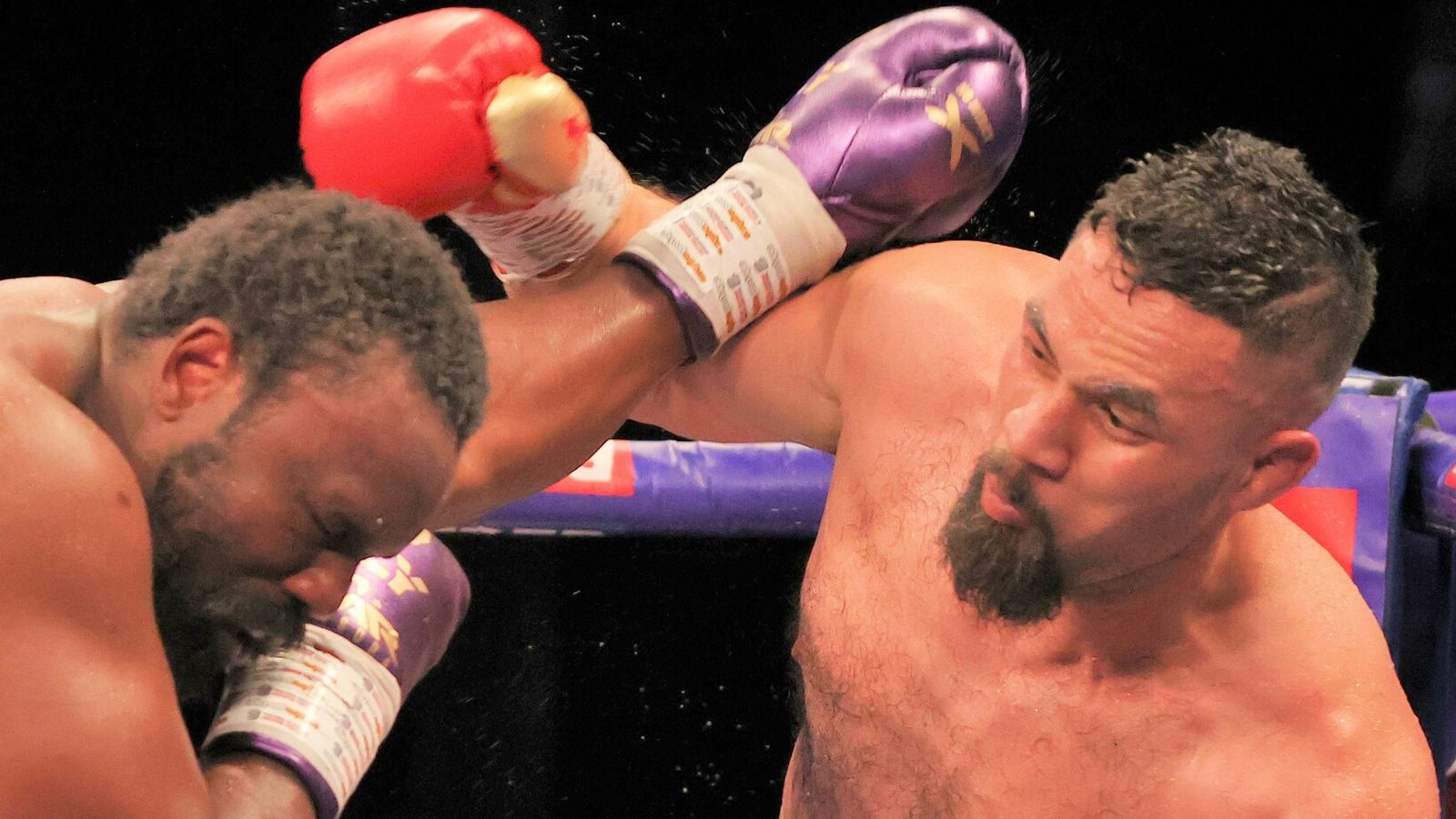 The New Zealander got off to a disastrous start, hitting the canvas in the opening seconds, and Parker showed courage with his stylish combinations to secure the win with scores of 115-113 and 116-111, with Chisora ​​receiving a score from 115-113.

Chisora ​​had been convinced by her mother to move on with the fight, amid an argument in the ring, but her desire for battle could not be questioned in a dramatic first round.

Parker was struck down after just seven seconds by a clubbing right hand from a creeping Chisora.

Charging forward, Chisora ​​unloaded right hands with savage intent in the second, then sent Parker crashing down onto the ropes with a looping hook in the third.

Parker was punished, a hurtful introduction to Chisora’s fierceness, who picked up with muffled body shots in the fourth.

A looping right hand, the shot that forced the knockdown, prompted Parker to flinch in the fifth before Chisora ​​punched around the belt line.

But Parker, finally, began to wedge Chisora ​​with clean right hands in the sixth round.

A flurry of punches from Parker appeared to briefly knock out Chisora ​​in the seventh and they shared a shootout at the end of the eighth, swinging in wild hooks.

With Chisora ​​out of breath, Parker pushed him back with punches in the ninth, while the Kiwi hit back sharply in the 10th.

Parker remained in charge in the 11th, ripping in a crisp right hand, and Chisora’s robust attack on the final lap was not enough to avoid defeat.