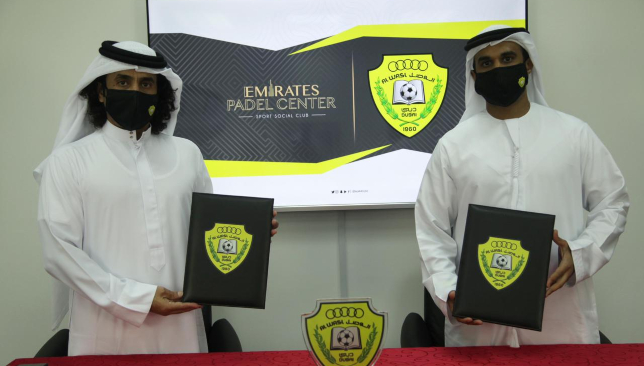 Al Wasl signed a partnership agreement with Emirates Padel Center under which eight courts are to be created for the sport, which is one of the most dynamic and widespread sports in the world.

Mohammed Ali Amer, general manager of Al Wasl Sports Club, described the partnership as a qualitative leap, consolidating the role played by the UAE as a center of sport and destination for the best players in the region.

He said: “Al Wasl is looking forward to increasing the number of players, through partnerships and the addition of new facilities.”

Nasr Al Niyadi, director of the Emirates Padel Center, thanked HE Rashid Belhoul, chairman of the board of directors of Al Wasl Club, and Mohammed Ali Amer, general manager of the club, for their professionalism.

He said: “The partnership with Al Wasl will have a big impact on increasing the game’s reach in the country, given the huge fan base the club enjoys.”

The project will include a group of professional in-game trainers. In addition, training courses will be organized for those who wish to obtain a training license.