Learning from Vietnam’s response to COVID-19 (or, how do we deal with a formidable foreign invader?) 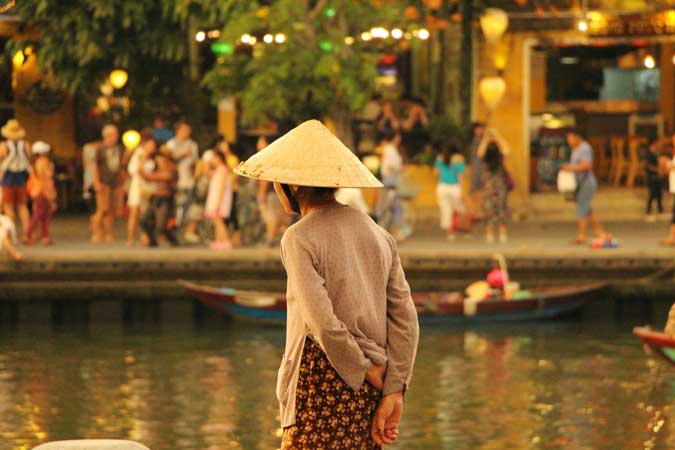 FSo fifteen months after the first COVID-19 incursions into Philippine territory, we are still looking for the right balance between confining ourselves to the relative safety of our homes and daring to venture out for a living. How long before I can get out of this dilemma?

Despite the government’s claim to have an “excellent” performance in dealing with this unprecedented threat, the broader consensus is that the government has failed miserably. First, he failed to give due weight to “science”. It did not proceed quickly with mass testing, contact tracing, border checks and quarantines.

In addition, medical experts were not given the lead role in the campaign. Rather, the main role was given to the ex-generals, which made the entire campaign militaristic, with excessive reliance on disciplinary and regulatory measures to control the population. This inevitably resulted in abuse of authority on the part of the military and police forces.

While we can generally agree with this assessment, there are some caveats.

First, science does not offer quick fixes. It is neither a complete and foolproof manual of knowledge nor a magic wand that one can use to resolve an emergency or crisis. Science asks more questions than it answers, and the answers are always provisional, even if they are relative. Its value and power derive from its principle: absolute truth does not exist.

Sweden’s experience is a tragic illustration of a scientific concept – herd immunity – used as the basis of its national strategy to tame the pandemic. Health protocols such as wearing face masks, social distancing, contact tracing, travel restrictions and border checks, and quarantines have been deliberately set aside. Sweden has been rocked by successive waves of widespread infections.

Plus, ask a provocative question: Is it absolutely wrong to have a military response to an extraordinary crisis? No one complains when the police and armed forces are deployed for disaster relief and relief. Why not in the event of a pandemic?

Take Vietnam, which has controlled the epidemic with exemplary success, recording lower death and infection rates than its neighbors in Southeast Asia and most other countries in the world. This, despite sharing a 1,290 km border with China, the source of COVID-19.

International media and health institutions, including the World Health Organization (WHO), did not project Vietnam’s response as a model to emulate. Based on the few available but reliable accounts, this may be because Vietnam’s response to COVID-19 has, well, military characteristics. But that partly explains its effectiveness in controlling and minimizing the spread of the virus.

Learning the lessons of the devastating SARS (Severe Acute Respiratory Syndrome) epidemic of 2003, the Vietnamese government quickly took action to avoid a repeat. The Vietnamese braced for the possibility of another even more deadly epidemic, unsure of what it might be and when it might strike. They have spent a lot and worked twice to improve and expand their entire public health system, build more hospitals and quarantine centers across the country, and allocate staff, facilities and structures in the event of a disaster. ’emergency. (In contrast, other developing countries, including our own, have cut budget allocations for health and other social services, yielding to pressure from international creditors or willfully diverting them from national defense and other elements. ” priority ”.)

Vietnam’s rare foreknowledge can no doubt be attributed to a military mindset: win or lose, armies are always seriously preparing for the most recent war they fought. But this attribute of military determination is rooted in popular mobilization.

As soon as the epidemic broke out in China, and before it could cross the border, the Vietnamese government and people went on high alert. The army and the police, as well as the personnel of the health services, were mobilized on the front line. What Vietnam has done has been successful so far. (See Phan Anh, “How Vietnam Fought a Pandemic and Won”, https://e.vnexpress.net/.)

But it is a difficult act to follow. To begin with, the Vietnamese people have carved out a glorious history and tradition over the centuries of victorious, albeit heroic, struggles against foreign transgressors. Their most recent enemy, driven from their shores nearly half a century ago, happens to be the most powerful armed force the world has known.

The Vietnamese government, the army and the civilian population know that above all, the key to victory lies in social unity and cohesion. The war against the COVID-19 virus could be nothing less than a people’s war. The state bureaucracy, the security forces and the civilian population fully trusted and relied on each other, performing their tasks as allies, not as protagonists, willingly making sacrifices to defeat the common enemy.

Prime Minister Nguyen Xuan Phuc unequivocally attributed the social cohesion of the Vietnamese people in the face of COVID-19 to this glorious tradition, describing his campaign as “the general offensive of spring 2020” (German News Agency, “No deaths reported, Vietnam’s response to the coronavirus pandemic deserves praise, ”April 13, 2020), referring to the great spring offensive of 1975 which resulted in the fall of Saigon and the expulsion of US forces from Vietnam. Likewise, the elderly noted that “they had not seen such a degree of respect, discipline and solidarity since the war”. (Ibid.)

Most armies recognize the need for the support of the local population in any war. The American Counterinsurgency Doctrine (COIN) insists on “winning the hearts and minds” of the people. The insurgents are assimilated to fish and the people, to water. Remove the water and the fish will die. Thus, the US COIN manuals deal heavily with population control operations – hamlets, checkpoints, curfews, censuses, food rationing, etc. These invariably hurt civilians more than mobile guerrillas. In Vietnam and elsewhere, civilians were ultimately labeled as potential if not suspected sympathizers of the enemy. Retaliation and coercion, rather than persuasion, education and cooperation have become the rule. “Take them by their balls and hearts and minds will follow,” better described the US counterinsurgency policy and practice.

Ultimately, US strategists developed the “whole-of-government” and “pan-national” approach to solving the problems encountered in the US military presence in Sudan, Iraq and Afghanistan. The 2009 US Counterinsurgency Handbook mandates “people-centered” programs as primary, relegating the military role to mere “enablers.” Studies show, however, that these “paradigm shifts” have failed in Iraq, Afghanistan and elsewhere (Brett Doyle, “The Whole-of-Nation Approach and Whole-of-Government Approach in Action”) Interagency journal, October 1, 2019, p. 105-122).

Perhaps we can learn a thing or two from our Vietnamese neighbors about how to deal with formidable foreign transgressors, including COVID-19.

Rey Casambre, is the executive director of the Philippine Peace Center. He has been actively involved in peace negotiations since 1992 as a consultant to the National Democratic Front and has helped bring together various civil society peace advocacy formations. He was arrested for murder and illegal possession of firearms and explosives and was recently designated a terrorist by the Anti-Terrorism Council on the basis of the Anti-Terrorism Law of 2020.