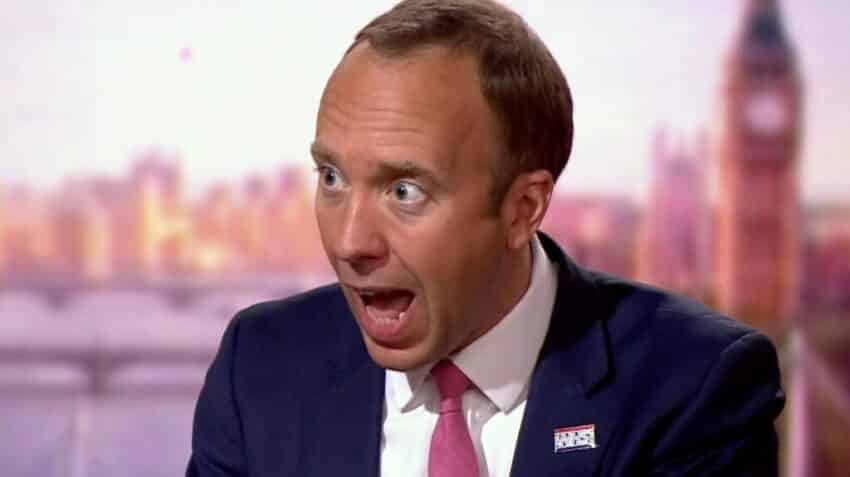 Ministers are “absolutely open” to delaying the final stage of easing the lockdown on June 21, Matt Hancock said yesterday as he said it was still too early to say whether it was safe to ease further restrictions.

The Health Secretary said the emergence of the Indian variant, which has become dominant in Britain, had made the “math” over whether to proceed with the unlock this month “more difficult”. He said the latest scientific evidence suggested it was 40 percent more transmissible than the Kent strain.

But he admitted that while Covid cases were on the rise in England, this had so far not been followed by a similar increase in hospital admissions due to the vaccine.

Nonetheless, he stressed that June 21 was a “not before” date for the lifting of all restrictions and that it was only “listed” as the next step in the lockdown.

This time around, Boris Johnson would be more in favor of relaxing some, if not all, of the remaining restrictions on evidence so far.

Downing Street has repeatedly said it is still waiting for new data, but Johnson had seen nothing so far to warrant an overhaul.

Speaking on Times Radio Hancock described the decision as a “delicate call”, saying: “The goal is for it to be irreversible and we defined it when we set the roadmap.

“The question really is to what extent [we should be]. We were careful as we approached the third stage and made the decision to go ahead. And I think in hindsight, that was the right decision. And so you need caution, but not a lot of caution, because we all want to get back to normal and get back to the things we love. “

Speaking to the BBC, he was pressed on whether the removal of restrictions on June 21 could be postponed if the data for the Indian variant “got bad”.

He said: “We are absolutely open to doing it if that is what is to happen.

“We said in the roadmap that June 21 was the date we wouldn’t take the fourth step before then and we would look at the data.

“This is exactly what we are doing, so the roadmap has been put in place to be able to accommodate these kinds of changes. “

He added that he “would not rule out” measures such as wearing face coverings in public spaces and working from home where possible to continue in the long term.

“The way we look at this, the fourth step involves removing the remaining social restrictions like the rule of six and some of the business closures that still exist,” he said.

“And separately, we have work on what the social distancing rules should be after that. “

Labor has indicated they may support some restrictions that remain in place as long as they are corroborated by evidence.

Shadow Education Secretary Kate Green told Sky News: “I would say that if we are to maintain protective measures beyond June 21, this is what the government should be doing, but I think ‘It is really important that this is a decision taken on the database.

The UK on Friday recorded its highest number of new confirmed coronavirus cases – 6,238 – since the end of March, according to official figures, although the number on Saturday fell slightly to 5,765 laboratory-confirmed cases.

Dame Anne Johnson, professor of infectious disease epidemiology at University College London and president of the Academy of Medical Sciences, said reopening would be a “very finely-judged decision” and society will have to learn to live with it. coronavirus. Describing the data coming in this week as “absolutely critical,” she told Sky News: “We certainly don’t want to keep delaying indefinitely. It will be a very finely judged decision when we see these results.”