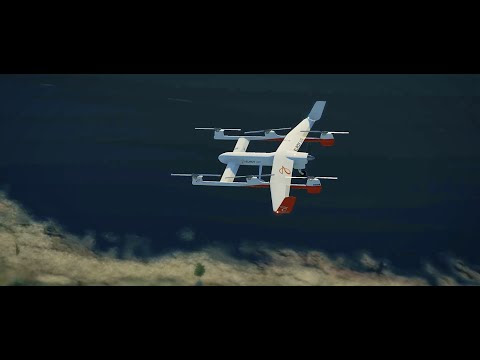 American startup Elroy Air is developing the world’s first autonomous drone capable of transporting 300 to 500 pounds (227 kg) of cargo over a distance of 300 miles (483 km), without even needing an airport or station electric recharging.

Elroy Air aims to improve the quality of life around the world by expanding the reach of expedited logistics through air freight.

Five-year-old Elroy Air is an aerospace and logistics startup that develops the world’s first end-to-end automated vertical take-off and landing (VTOL) air cargo systems, and has even collaboration with the American space agency NASA accelerate and improve the safe integration of advanced autonomous cargo aircraft into United States airspace.

Chaparral is a hybrid-electric vertical take-off and landing (VTOL) cargo aircraft developed by the Elroy Air team in San Francisco, California. The system will transport 136 kg (300 lbs) of freight over a distance of 483 km.

The Chaparral conducted a successful test flight with a team of just 16 employees at August 2019.

With the ability to autonomously load and unload cargo, the Chaparral aircraft allows a single pilot to operate a fleet of 10 to 50 UAVs from a remote location. With these amazing features, the Elroy Air team believe drones have the power to improve the quality of life around the world by expanding the reach of express logistics.

The three companies, along with other NASA industry partners, will prepare for the first round of national campaigns, called NC-1, starting in 2022 with the intention of evaluating security scenarios focused on automation and vehicle design. These will focus on demonstrating integrated operations through flight activities with vehicles and third-party airspace service providers at various locations across the country.