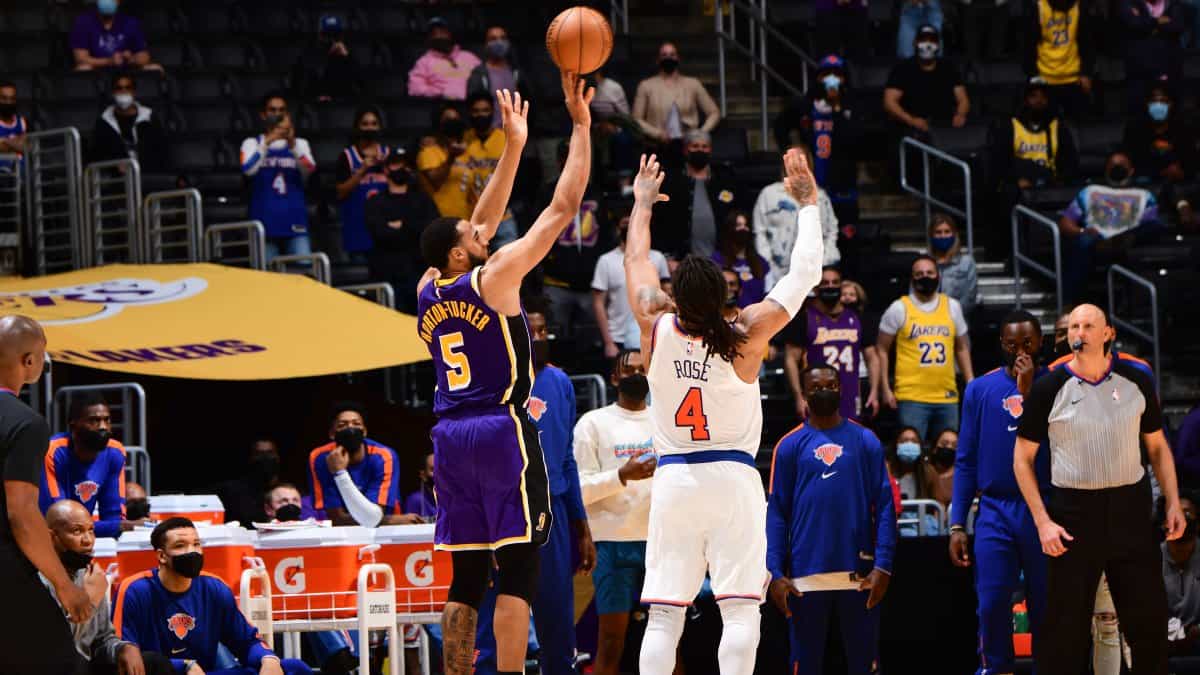 Both Lakers and Warriors have clutch wins with major playoff implications

The Los Angeles Lakers and Golden State Warriors won some major contests with playoff implications on Tuesday night. Still without James lebron, the Lakers were able to claim the OT victory at Madison Square Garden against the Knicks thanks to the contributions of several players, including Talen Horton-Tucker, who hit the green light at 3 points with 21.1 seconds left to seal the victory. Anthony davis played lockdown defense and finished with 20 points while Kyle kuzma led the Lakers in scoring with 23 points off the bench.

THT FOR THE WINNER 🔥 pic.twitter.com/mW8RQJ0xsy

the #Lakers lose tonight if not for an excellent boxing @ WessyWes23 https://t.co/1oiat7jiUe

He’s the Knicks’ only FGM in the clutch with AD as the main defenseman https://t.co/7cszfldAoU

Not so long ago, many criticized the #Lakers for refusing to include THT in potential deals alongside Dennis Schroder for Kyle Lowry.

One night after beating the best jazz in the NBA, the Warriors earned an impressive second straight victory, this time over the team with the second best league record, the Suns. It was the Andrew Wiggins show, as the former No. 1 overall pick had one of his best games of the season, totaling 38 points and winning the player of the day. Steph Curry had a tough night of shooting, finishing 1-1 of 3, but still managed to score 21 points while distributing six assists and emptying the dagger.

STEPH. TOO MUCH CLUTCH. 😱 pic.twitter.com/iGnE7cHzgQ

Currently, 8 seeds in the West at 37-33, the Warriors are officially locked in the play-in tournament. If the season ended today, Golden State would face the Lakers in the play-in tournament, with the winner taking the 7th seed and a likely first-round game with Phoenix. However, LA (39-30) is only one game behind Portland and Dallas with three games to go. Despite all the injuries, the defending champions have a real chance of winning the fifth seed and a probable first-round clash with the Nuggets or Clippers.

Related: Stories of the day