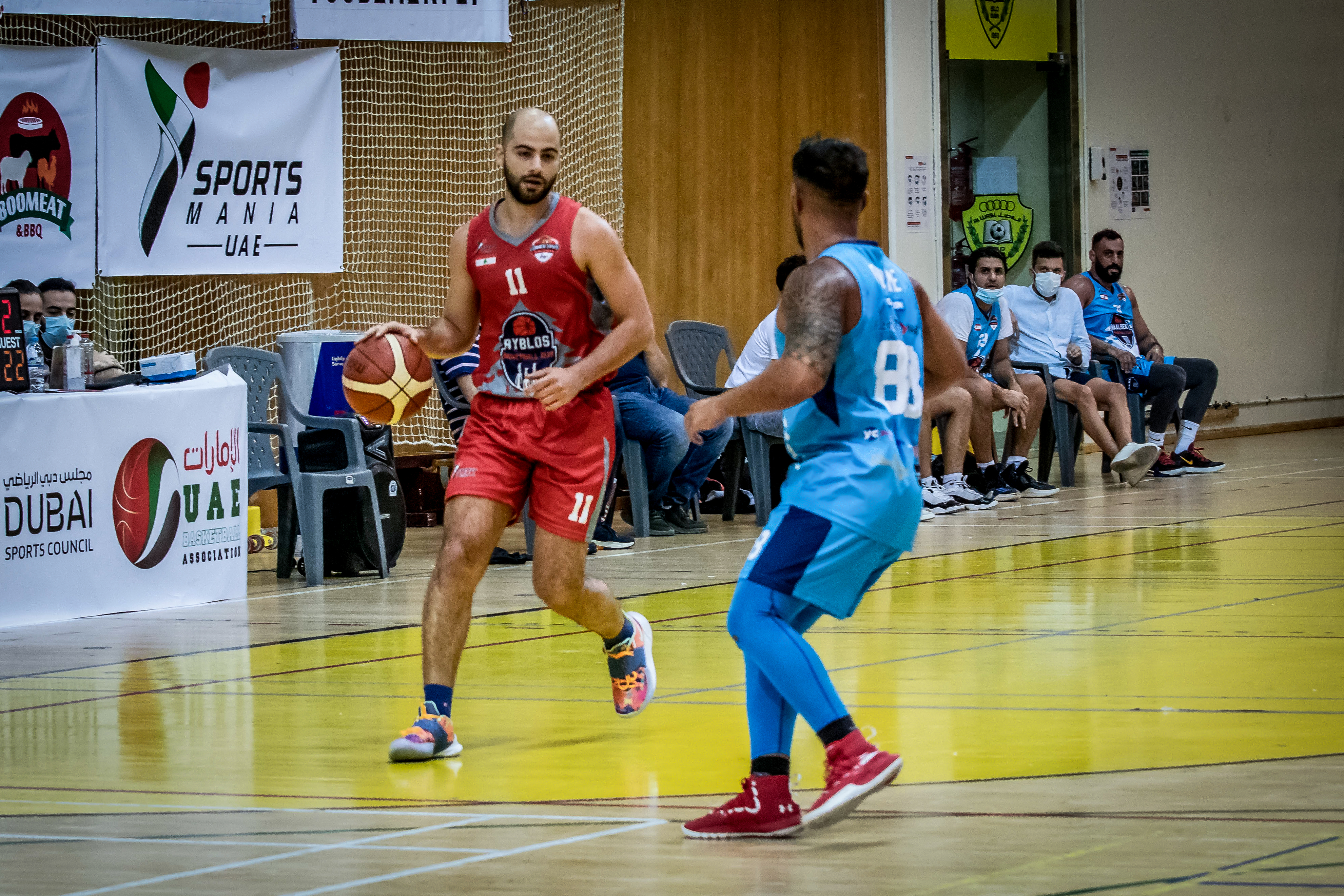 In the final: there is only one game left

Byblos will face Beirut in the final of the Lebanese Expats Basketball Championship after advancing to an exciting semi-final.

The semi-finals were full of action and surprises with Byblos winning over Baalbek and Beirut saw Zahle Team. The games were under the supervision of the Dubai Sports Council and the UAE Basketball Federation.

In the first game, Byblos managed to end the draw against Baalbek with a dominating performance from MVP Rawad Rahme who finished the game with 40 points.

In the second semi-final, Beirut toppled the favorites and clinched victory over Zahle Team in a very competitive match that ended with a close score of 79-75 and an inspired display from Beirut’s Rony Khoury.

The games’ most valuable players each won AED 200 Decathlon vouchers and the prizes were presented by High Five founder Mr. Bahi Rifai.

The final match will take place on Sunday May 16, 2021 at 8:00 p.m. at the Al Wasl Sports Club and an awards ceremony will follow immediately.